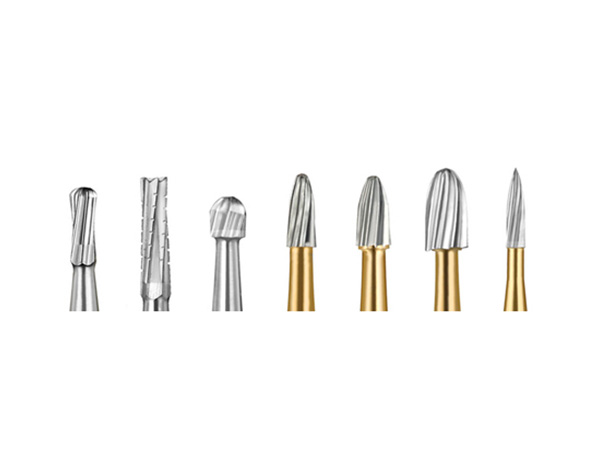 Carbide Dental Burs are used most commonly for excavating and preparing cavities, finishing cavity walls, finishing restoration surfaces, drilling old fillings, finishing crown preparations, contouring bone, removing impacted teeth, and separating crowns and bridges. Carbide Dental Burs are defined by their shank and by their head. The type of handpiece being used determines which type of shank is needed. The procedure to be performed determines the type of cutting design/head shape that is chosen.

The three main types of shanks are Friction Grip (FG), Right Angle (RA) (also known as Latch-Type), and Handpiece (HP).It is important to know which type of shank you want when choosing a bur because each type is designed to fit into a certain type of handpiece.

Has the smallest diameter shank of all the types of carbide Dental Burs; the end of the shank is smooth and is held in place in the handpiece by friction against a chuck.

The most commonly used operative bur in many offices.

For use in high speed handpieces (with miniature heads ONLY) and friction grip low speed contra angle heads.

Has a shank that is the same diameter as a standard friction grip bur but is almost 20% shorter; also held in place in the handpiece by friction.

For use when better access to the posterior region is needed, especially when patients cannot open their mouths wide enough.

Has a shank that is the same diameter as a standard friction grip bur, but the total length of the shank and head is about 30% longer; also held in place in the handpiece by friction.

Has a shank that is the same diameter as a standard friction grip bur but is more than 50% longer; also held in place in the handpiece by friction.

Often used when a longer length and better visibility are required, including in extraction and root canal procedures.

For use in latch-type contra angle heads in low speed handpieces.

Has a notch on the end that allows a hook to latch onto it in the head of the handpiece.

For use in latch-type contra angle heads in low speed handpieces.

Has a notch on the end that allows a hook to latch on to it in the head of the handpiece.

Has a shank that is the same diameter as a standard right angle bur but is about 20% longer.

Has a large, long shank.

Used primarily in dental laboratories and to make adjustments to material outside the mouth.

The cutting end of the bur is named by its shape. There are a variety of shapes available, each suited to a particular task.

Some of the most popular are round, pear, inverted cone, straight fissure, and tapered fissure. Different flute angles also create different cutting characteristics and make a particular bur more appropriate for a certain task.

Operative, or cavity preparation Dental Burs, have deep and wide flutes which allow for more aggressive enamel cutting with higher speed and efficiency. These operative Dental Burs are usually either straight-bladed (plain) or crosscut.

Crosscut Dental Burs have additional cuts across the blades (these are the crosscuts) to create increased cutting efficiency.

While the benefit of these extra blades has been minimized in recent years with the advent of high-speed handpieces (which cut more efficiently).Crosscut Dental Burs can generally cut more quickly because debris does not build up on the bur.

Trimming and finishing Dental Burs have more blades than operative Dental Burs, and the blades are closer together and shallower, which makes these Dental Burs ideal for the fine finishing and polishing of dental materials.

Each type of bur shape has a number designation, with the head of the bur generally increasing in size as the number gets larger within a particular shape series. For example, round Dental Burs come in sizes from 1⁄4 to 8, with 8 having a much larger head than 1⁄4.

Restorative tooth preparation requires complete removal of enamel, existing restorative materials, and caries. DiamondDental Burs will safely accomplish this and are unlikely to cause enamel fracture. However, while cutting through porcelain is best accomplished with diamonds, they are slow to cut enamel and slower at cutting metal-based restorations or sectioning cast metal copings or crowns. Diamond surfaces can also fill with debris and clog, wear smooth, and cause burnishing and overheating. Therefore, carbide Dental Burs are more often used to easily accomplish these tasks. Carbide Dental Burs should be used to trim and finish macro-filled composites and hybrid composites. 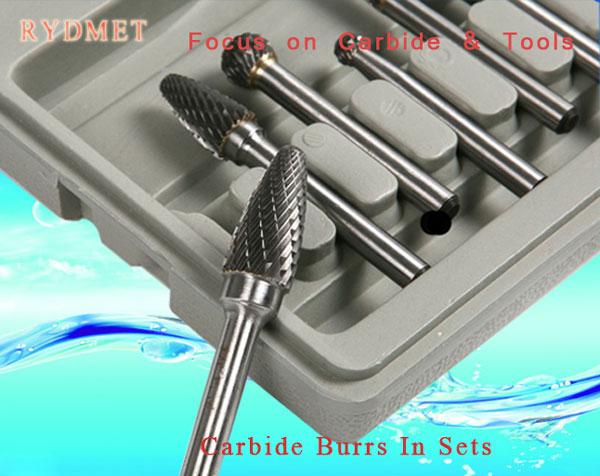 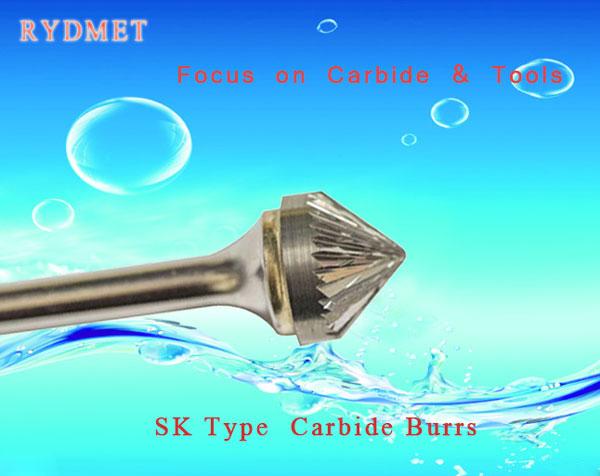 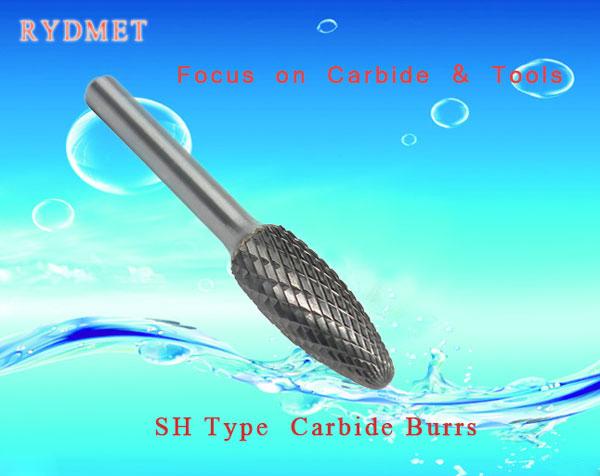